RMC or ready mix concrete is a concrete, a mixture of fine sand, water, Portland cement, and coarse aggregates. It is manufactured in the cement factory or batched plant instead of mixing at the construction site. A specific proportion of the material is required to prepare this mixture. Once the mixture is ready, it transported in the transit mixer to the worksite. A cylindrical truck which is known as cement mixer is used to carry the concrete mixture.

The ready-mix concrete prepared is durable and sustainable. It is eco-friendly as it is prepared in a close chamber that reduces noise and air pollution. Further, a durable structure is obtained as it increases the service life. In this article, we will discuss various types of ready mix concrete and its advantage as well as disadvantage. 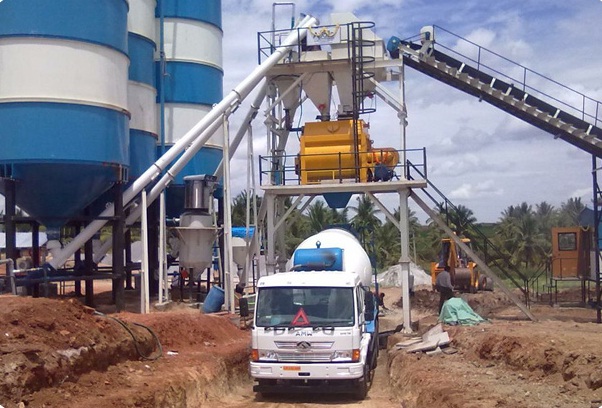 There are three types of RMC, that is made depending on the various material used during mixing.

Transit mixed is also known as truck mixed concrete where materials are batched at a central plant and then mixed thoroughly in the truck during transit. It separates water from the cement and aggregate, and then the mixture is finally mixed at the site. The mixing of concrete at the site avoids the problem of premature hardening and slump loss that results in a delay in transportation. One significant disadvantage of transit mixed concrete is that the capacity of the truck is smaller.

Shrink mixed concrete or ready-mix concrete enhances the load capacity of the truck where concrete is partially mixed at the plant to reduce the volume of the mixture. The balance mixing is completed in the truck during the transit or at the worksite.

Till now we have read types and what RMC is, here we will discuss about the advantages of it.